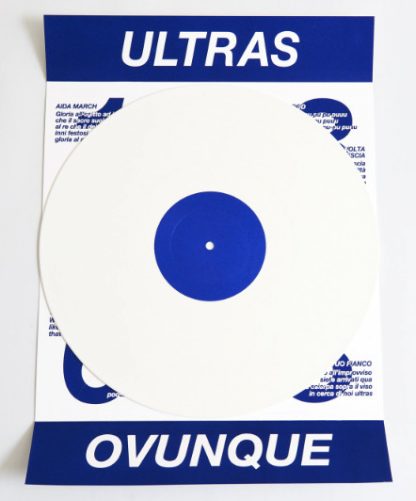 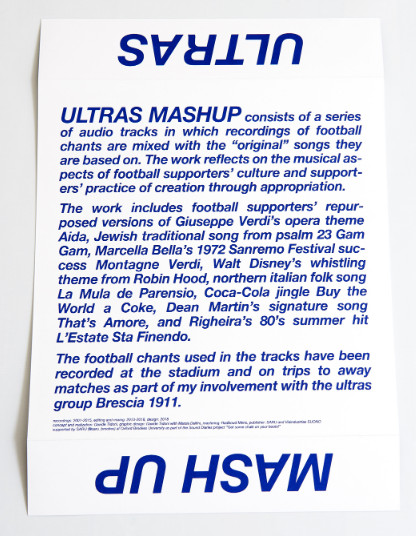 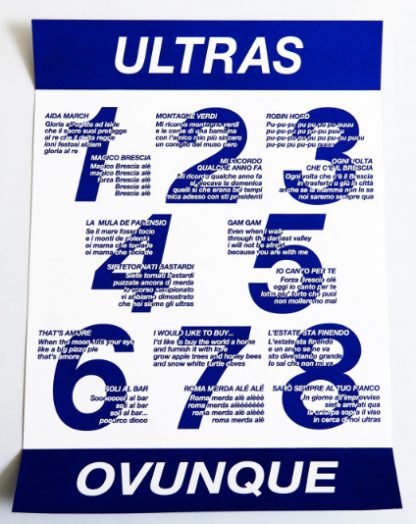 Sound artist Davide Tidoni has been researching football supporter subculture since early 2000 and chose the scene in Brescia (Italy), the town where he himself grew up: more specifically the ultras group Brescia 1911. The overall research concerns the nexus of public space, social performance and surveillance in contemporary Italian football.
Relations between sound production and space construction are investigated especially in the light of dynamics of social control adopted in football grounds in the last years.
Tidoni’s research wants to trace mechanisms of social interaction and aesthetic creation and contribute to a better understanding of sound’s function in group formation and collective identity, as well as how sound performance and social repertoire evolve in relation to public security measures, crowd regulation and space control.

This record, that was published as companion to the book “The Sound Of Normalization” by Tidoni, may be nice for DJs with an interest in football atmospheres! Audio recordings of football chants are mixed with the “original” songs they are based on. The work reflects on the musical aspects of football supporters’ culture and supporters’ practice of creation through appropriation. 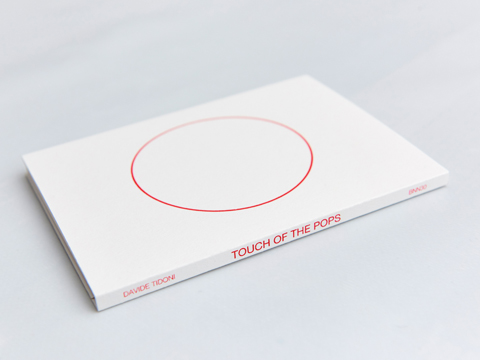 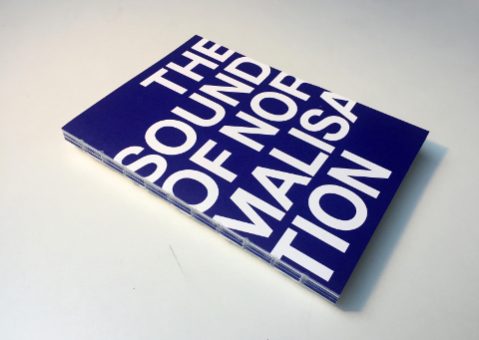 Davide Tidoni - The Sound of Normalisation

This publication is a collection of audio recordings that documents the sound culture of the Ultras group BRESCIA 1911 in relation to modern football and the wa..(read more) 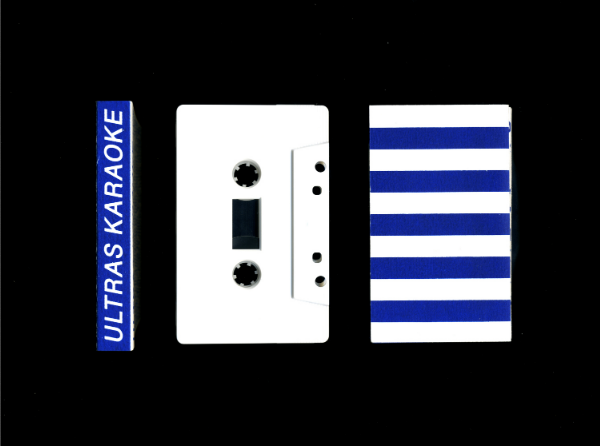 Another evidence of Tidoni’s great love for Brescia’s Ultras tradition: a karaoke album with several chants by football supporters. Their lyrics are..(read more) 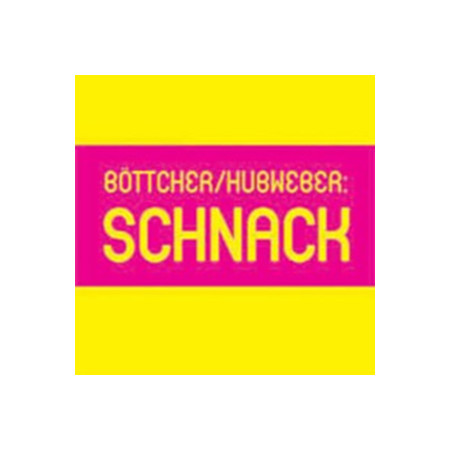