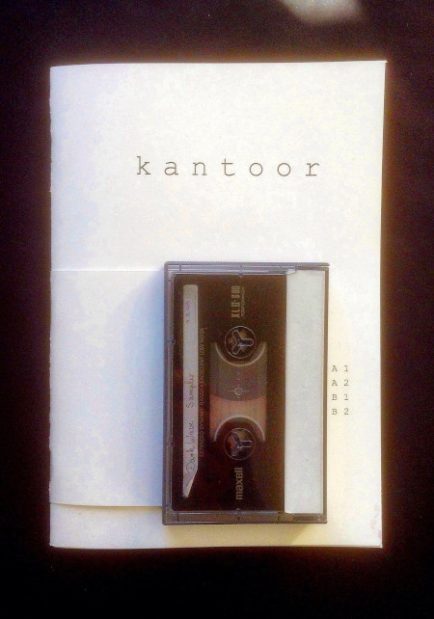 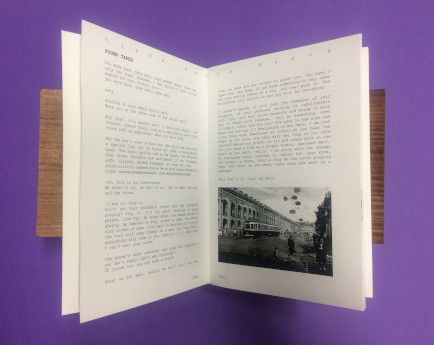 Collaboration of Petrichor with Staaltape (run by Rinus van Alebeek) from Berlin, and a fruitful one, bringing the specialisms of both publishers to the front!

Featured are artists from all over the world who incorporate found tapes in their practice. Invited to share their fascination for this sound storage medium, they provide the listener, each in their own language, with an insight into their own personal collections and into the horizons of this sound practice niche. Whether found on flea markets, in the trash, in old archives or simply by accident, the recorded material had to be selected according to each artist’s curatorial idea, provided that the pieces were not manipulated nor modified. The recorded material presented in Kantoor goes back as far as the mid 1950s and ranges from family memories to answering machines, religious speeches, astrological séances, poetry declamations and children playing.

The cassettes were dubbed at home on re-used C90 tapes, and the zine presents texts and collages that contextualize the recordings and their history or expand their content to create other stories. The artists have each contributed here in their own way with sound pieces, short essays and stories, simple explanations or lists, pictures and photographs.

“The zine comes in a A5 white paper, printed in that minimalistic and sober aesthetics that distinguishes the tradition of Dutch design since modernism. Part of the cover folds tight the case of a found music cassette – you can read, under its title Kantoor, the content of the previous recordings: Fred Buscaglione; Famiglia Cristiana: nella casa del padre; We come to dance, and so on. The zine opens with an introduction, called Master/Copy, of the curator Rinus van Alebeek. The last lines remark: ‘the old never disappears, even if you want to’. […]

[…] The title Kantoor might recall how musicians and poets in Roman and especially Greek antiquity, performing only under inspiration (and possession) of the Muses, could find truth through memory of sound and word patterns. In modern Anglophone contexts, the figure of the cantor is translated into a more Christian or Judaic meaning, indicating the leader of religious singing practices. Funnily enough, the old Dutch term kantoor refers to nothing but the bureau and its inhabitant – a white collar or an archiver, for instance. This ironic duality allows to compare how the conception of artistic processes has changed, together with the role of the author: a contemporary artist –especially if active in the field of sonic sampling and collage, found sounds and field recording– is also a collector, a keeper who, through knowledge and care for the personal archive, is able to reopen, reinvent and rediscover it every time.” (review by Giada dalla Bontà on the-eaves.org) 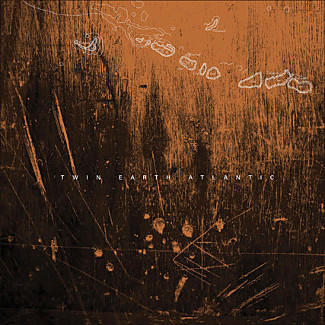 Based around leftfield electronics, downtempo beats and experimental hiphop. With “Bronze” and “Van” by Ro Lee and ATeeze, Daedelus’ wonderous “..(read more) 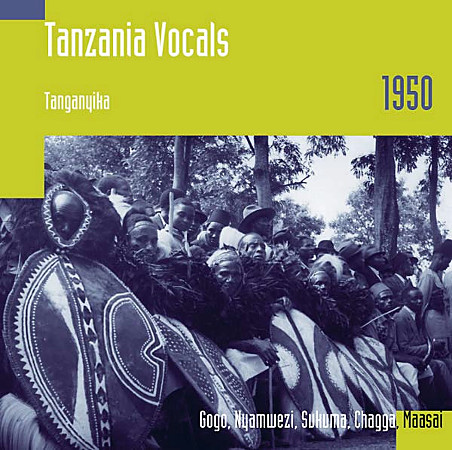 This CD is a selection of a capella performances. Here more than 600 Chagga men and women chant on the southern slopes of MT Meru, at least 100 hundred Gogo sin..(read more) 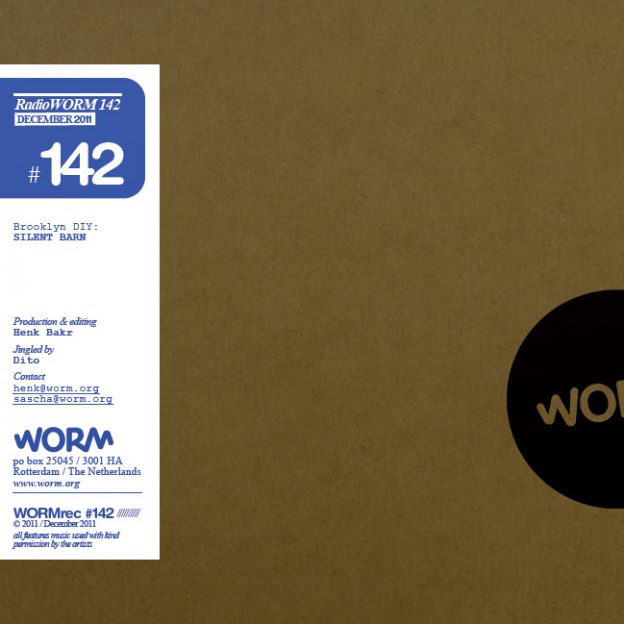 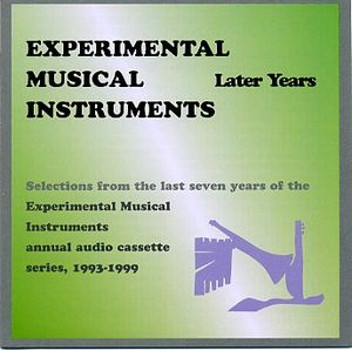 Later Years is the second of the pair of CDs containing selections from the Experimental Musical Instruments annual audio cassette series that ran from 1985 –..(read more)

Tags: Build your Own, Instrument Builders.