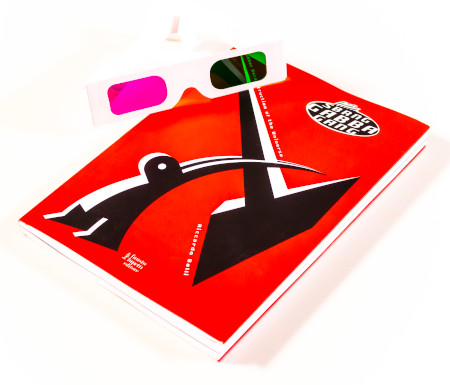 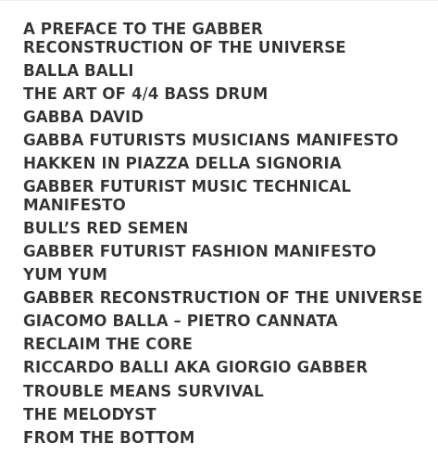 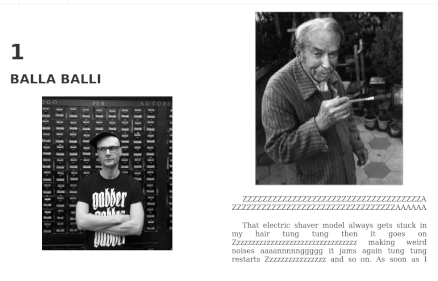 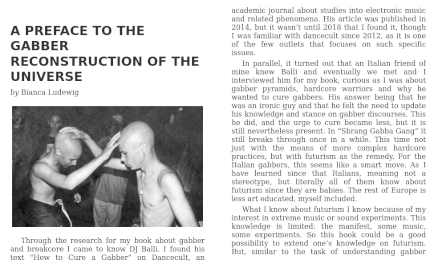 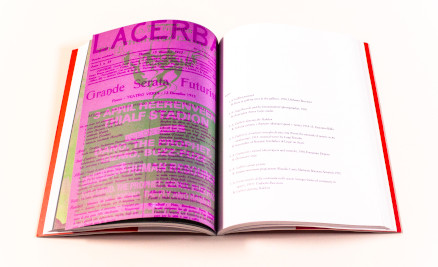 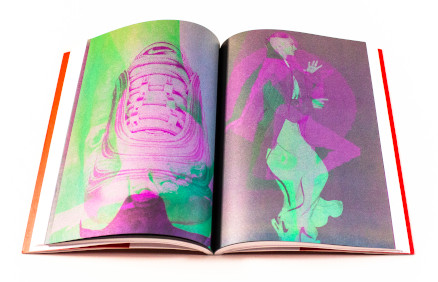 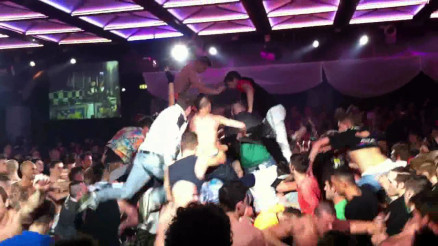 What happens when the Italian futurist avant-garde clashes with gabber, a belligerent strain of hardcore techno and The Netherlands’ first proper youth culture? Sbrang Gabba Gang is the sound of two cultural movements violently crashing into each other at breakneck speed. Movements that dig velocity. Movements that worship war. Movements that have been accused of being fascist.

SBRANG GABBA GANG will introduce you to the strange custom of forming human pyramids at gabber raves, futurist after-shave cocktails and Pietro Cannata, the man who took a hammer to the toes of Michelangelo’s David.
The human pyramid is a distinctive feature of the Italian gabber scene (see image below). Some of its initiates known locally as “Hardcore Warriors” started to rise up shoulders upon shoulders, deltoid upon deltoid until the strongest of the group touches the ceiling of the club.

Riccardo Balli aka DJ Balli is a proliferous figure in the Italian hardcore techno and 8-bit scene. In SBRANG GABBA GANG, he explores the parallels of gabber and futurist ideas by way of personal accounts, literary mash-ups of Futurist manifestos and a storyline that follows the vandalistic shenanigans of a posse of gabber-futurists consisting of Dominator Marinetti, Luigi “Holy Noise” Russolo, Luciano “Thunderdome” Folgore and Giacomo Balla/Balli.

At the (hard)core of this wonderful book you will find anaglyphic images by Teresa Prati, to be explored with the special magenta-green 3D glasses included in the book. 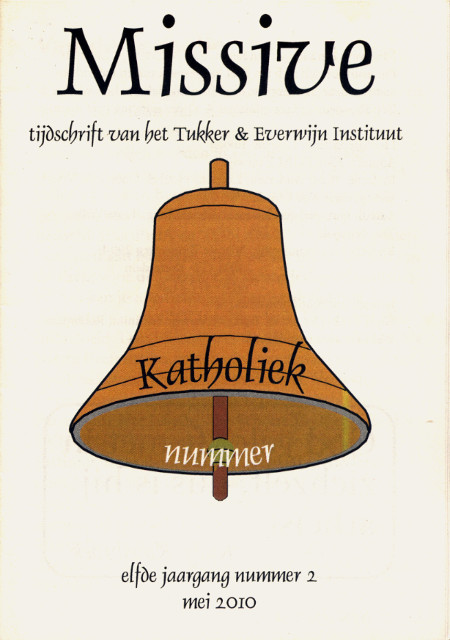 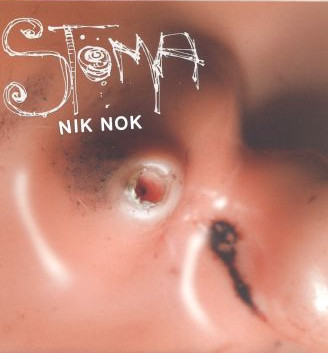 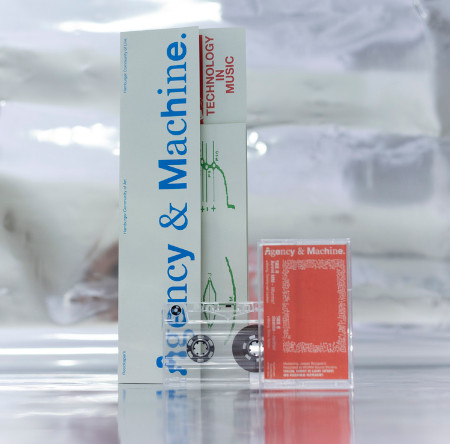 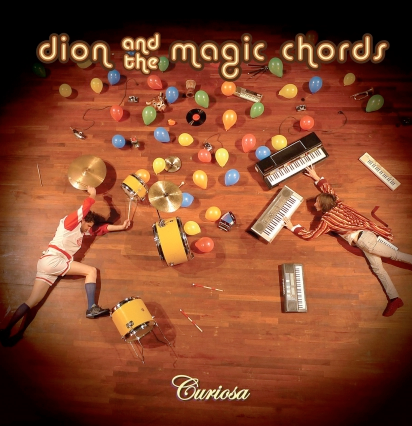 Dion And The Magic Chords - Curiosa

Mysteriously enough, a little miracle of retro-futurist bliss that is only known in select circles: Dion Woestenburg’s swirling psychedelic pop that bring..(read more)

Artist: Dion And The Magic Chords