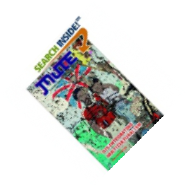 Since the advent of multiculturalism in the 1970s, the redefinition of race in cultural terms has gone hand in hand with an official discourse of respect for cultural difference and diversity. Today, in the wake of 9/11, the rhetoric of tolerance is visibly breaking down. In this issue of Mute, contributors read the crisis of multiculturalism – political, scientific and social – as both a neoliberal offensive and a challenge to rethink the relationship between particular identities and universal rights, evolutionary science and biopower. Texts by: George Caffentzis, Matthew Hyland, Daniel Jewesbury, Marek Kohn, Eric Krebbers, Hari Kunzru, Melancholic Troglodytes, Angela Mitropoulos, Luciana Parisi, Benedict Seymour . 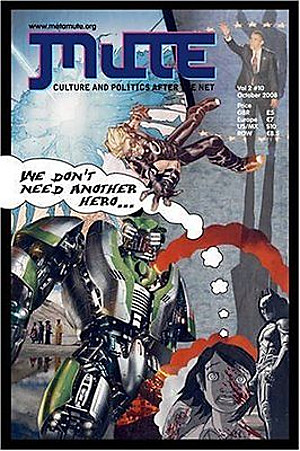 The state is pouring billions into propping up the collapsing financial sector, but who is going to take care of the rest of us? Between Hollywood’s embattled..(read more) 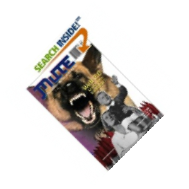 ‘I don’t want to be your friend and I don’t want to hear your f**cking music.’ Featuring articles by Brian Ashton, John Barker, Paul Hel..(read more) 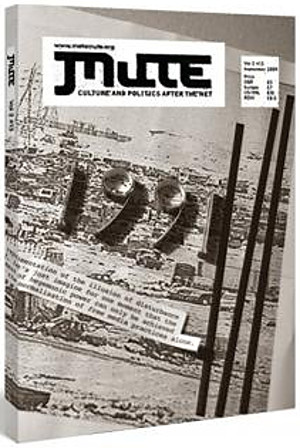 In this issue of Mute there is a generalised refusal to have our selves, in the widest sense of the word, put to work. As we start to see the real repercussions..(read more) 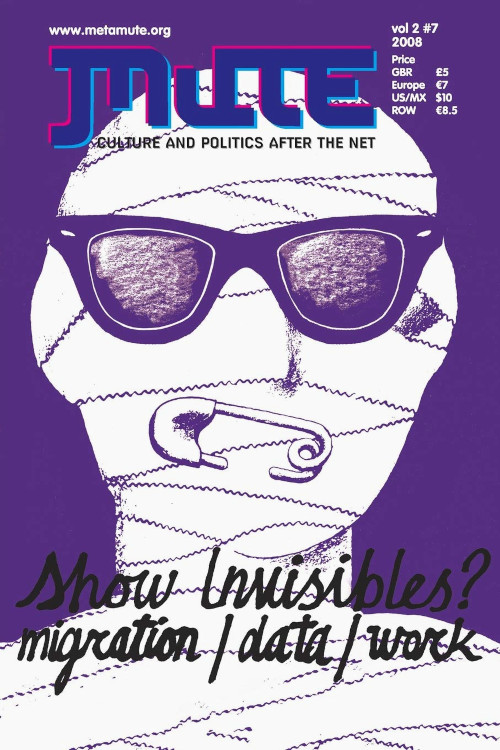 We are living through an intensification of citizens’, and non-citizens’, visibility to capital. Database convergence, states of emergency and points-based ..(read more)