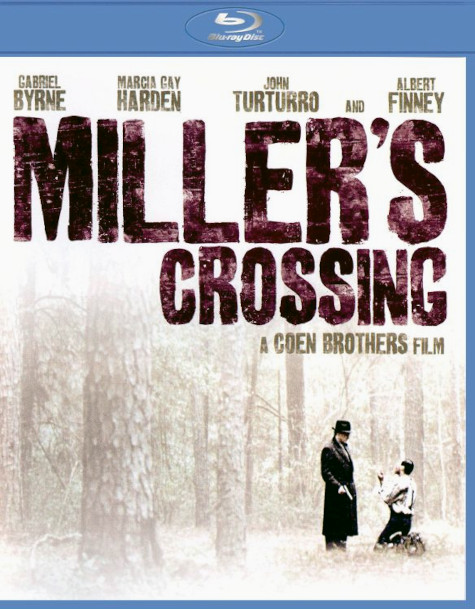 It’s the third big great movie from the Coen brothers and they show a real mastery of the cinematic arts. It is beautifully shot, ultra violent, and the actors are some of the best around.

It’s the Prohibition era. Leo O’Bannon (Albert Finney) is an Irish mob boss who controls the city. Tom Reagan (Gabriel Byrne) is his right hand man. Verna (Marcia Gay Harden) has the boss wrapped around her little finger. Only Leo doesn’t know that Verna is also sleeping with Tom. Italian rival Johnny Caspar (Jon Polito) wants to kill bookie Bernie Bernbaum (John Turturro) who’s been taking advantage of him. Tom tries to get Leo to give up Bernie but he’s Verna’s brother and Leo refuses. Leo and Johnny go to war. Leo kicks Tom out when he reveals his affair with Verna. Tom goes to work for Caspar and he’s commanded to execute Bernie in the woods at Miller’s Crossing.