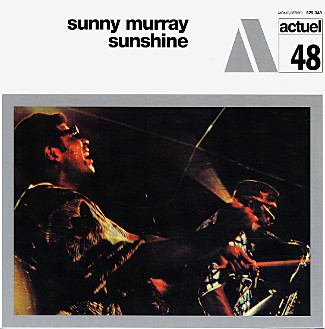 This album was recorded in Paris on August 15, 1969 with Lester Bowie, Dave Burrell, Roscoe Mitchell, Archie Shepp, Alan Silva, Malachi Favors, Arthur Jones and Kenneth Terroade… Sunny Murray is “rightly regarded as jazz’s first free drummer… his belief in the drum as an extension of the human soul’s vibration allowed him to create a sonic firebed for tonal instruments to dance across… he spent the ’60s developing his propulsive, brain-poking style with Albert Ayler, Cecil Taylor and his own groups… the wild sextet mr. Murray led for this session heralds our entry into the rough and blaring world of high energy. Pressed 180 gram vinyl.