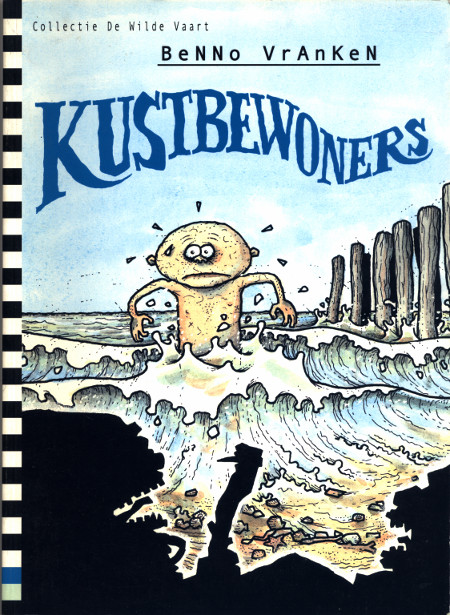 Benno Vrankens album debut ‘Kustbewoners’ (2002), is a cartoon story collection (in Dutch) compiled some of Vranken’s most dismal tales of coast dwellers, including the recurring character Walburg. In the first story, the man drinks himself to death to be reunited with his deceased wife in the afterlife, only to discover she has already found another man there. Walburg dies again in his second story, shortly after killing his wife with a spade. 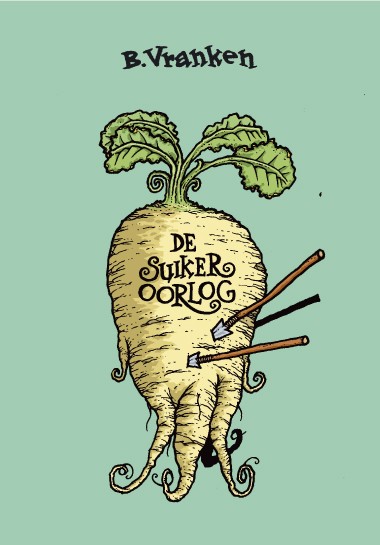 In Dutch. Suikeroorlog means Sugar War. Benno Vranken is a graphic artist living in the Dutch province of Zeeland, a region that forms the setting for a lot of ..(read more) This urgent edition tackles the question of how great nations, organizations, movements, ideas, and historical eras live and thrive — and how they fizzle out ..(read more) 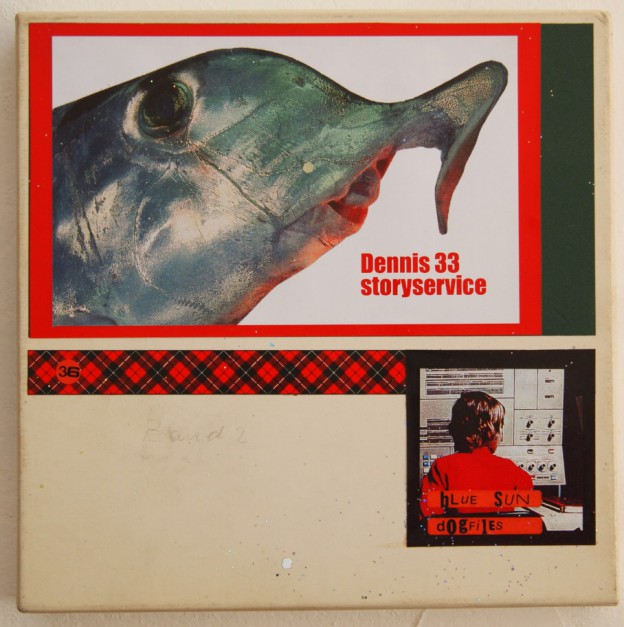 This dates from 2002, so the honey in the little cup will probably have gone rock-solid. Thibo and Burger wrote two stories, “Blue Sun” and “D..(read more) 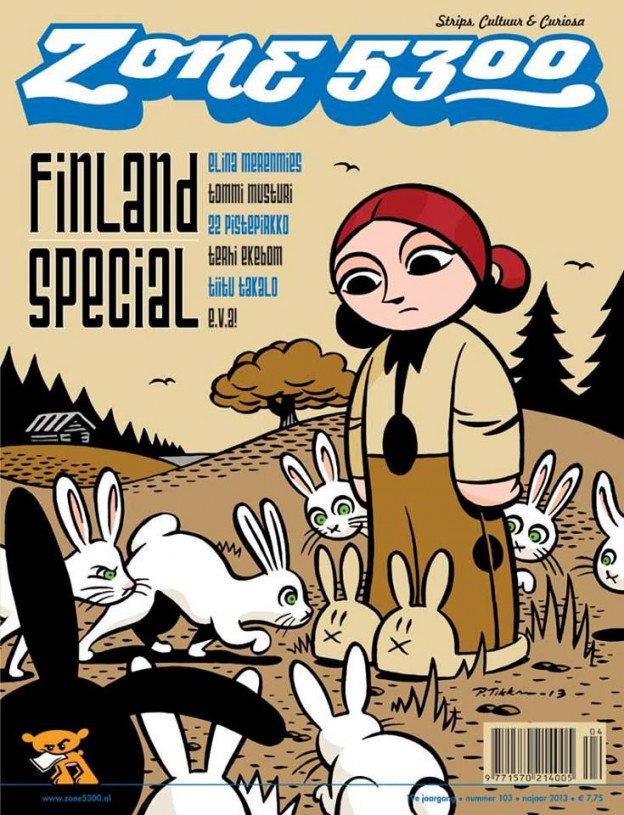 Issue #103 of the Dutch ZONE 5300 comic magazine: The Finland Special. ZONE 5300's editors made a very personal choice out of a huge collection of Finnish ..(read more)