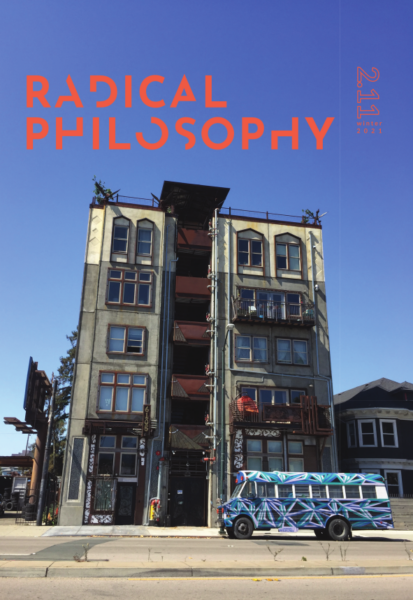 One of many self-published left-wing journals that were founded in Britain in the early 1970s, Radical Philosophy is today, however, more or less alone in its continuing independence from corporate publishing and in its political commitment to a collective editorial project.

Dossier: Kojève on Europe and the USSR

The Threshold of Fire – by Ahmed Diaa Dardir

Towards a Juridical Archaeology of Primitive Accumulation – by Michele Spanò

The Problem is Proletarianisation, not Capitalism – by Solange Manche

Judith Butler, The Force of Non-Violence; Elizabeth Frazer and Kimberly Hutchings, Can Political Violence Ever Be Justified?; Adriana Cavarero with Judith Bulter and Bonnie Honig, Towards a Feminist Ethics of Nonviolence. – by Alister Wedderburn

Katrina Forrester, In the Shadow of Justice – by Jonathan Egid

Joseph Pugliese, Biopolitics of the More-Than-Human – by Chris Wilbert

John Molyneux, The Dialectics of Art – by Michael Löwy 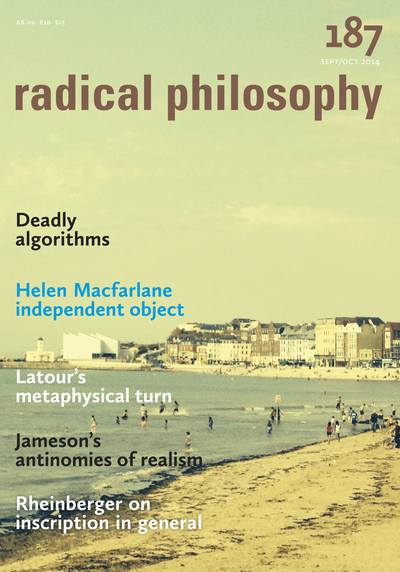 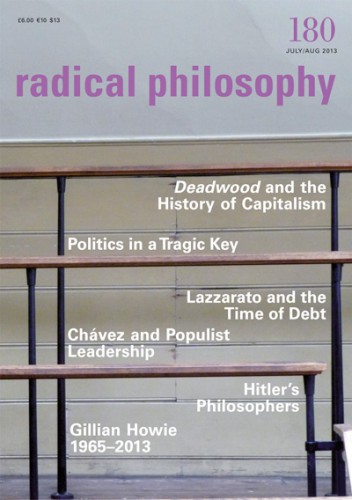 Martin Marino opens with a commentary on the legacy of Hugo Chavez. Can Chavismo exist after Chavez ? David Cunningham zooms in on Deadwood, a HBO-network serie..(read more)